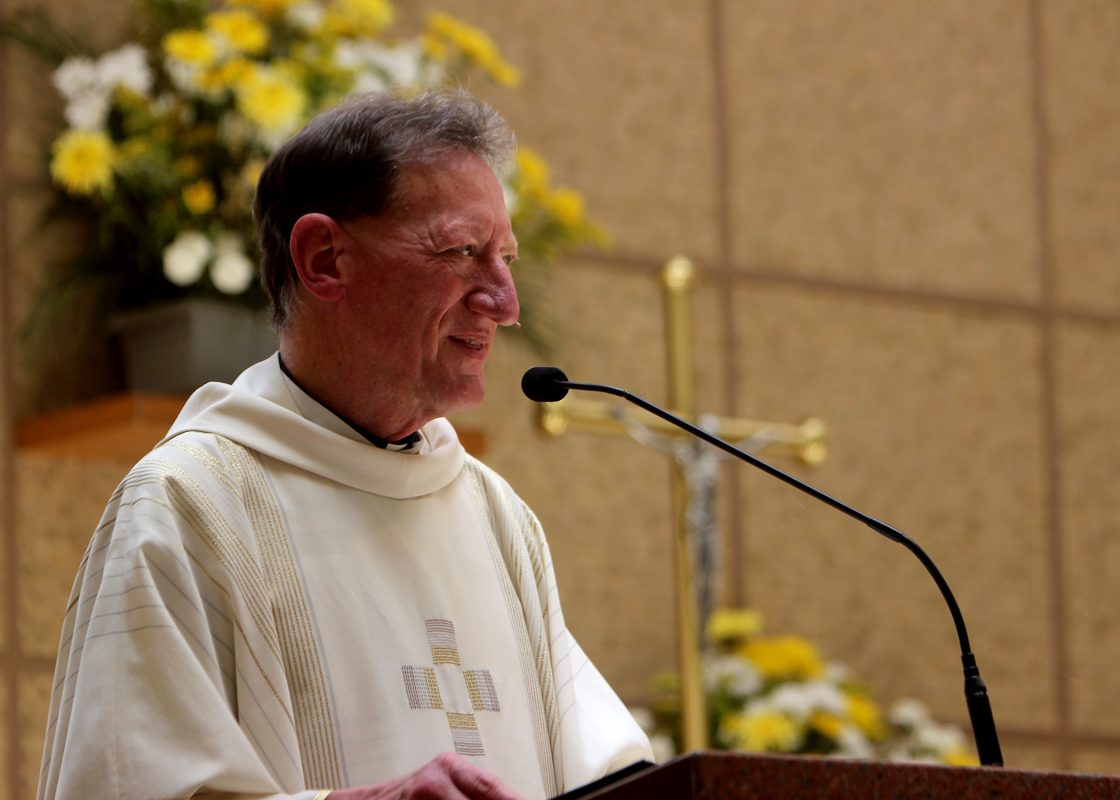 I was born and baptized in Lake Charles, Louisiana, and our family moved to Oklahoma City when I was ten. We belonged to St. Charles Parish where I also attended grade school. As a youth, I was an altar boy and served Mass in Latin. I was very active in Boy Scouts, becoming an Eagle Scout and earning the two religious awards for Catholic Scouts. I continued my schooling at McGuinness High School. After high school, while at Assumption Seminary in San Antonio, I earned a B.A. in Mathematics from St. Mary’s University. I then studied at St. John’s University/Seminary in Minnesota, earning a M.A. in Theology with emphasis in Liturgy.

I have very much enjoyed my assignment at Epiphany. For the past ten years, I have had the privilege of celebrating our Sunday and weekday Masses for this very active parish with about 1600 families. I see my role as helping others to grow in their relationship with Jesus and helping parishioners serve others in Christ’s name. It has been my privilege to celebrate baptisms and marriages, the sacraments of Penance and Anointing of the Sick, and to be with families for the funeral of loved ones.

Shortly after ordination, I was appointed to the Liturgical Commission of the Archdiocese. Archbishop Salatka then asked me to become the first director of the newly established Office of Worship, a position I have held now for over thirty years. I help plan many of the major liturgical celebrations of the Archdiocese. These include the Rites of Election, Chrism Mass, Ordinations, funerals of priests, and the prayer services held during many meetings of our priests.

My parents were both born in Lake Charles, Louisiana, and were very active Catholics throughout their lives. Before my parents met, my father served as a B-17 navigator in the Air Force during World War II. His plane was shot down and he was a German prisoner for 18 months until his camp was liberated in 1945. After the war, my mother was introduced to my father by a parish priest at a dance sponsored by the local Knights of Columbus and the Catholic Daughters. They married a short time later. I have one sister who works as a research director at Oklahoma State University.

My hobbies include theatre, photography, and travel.